Protective effects of resveratrol against Alzheimer's cellular disorders has been revealed 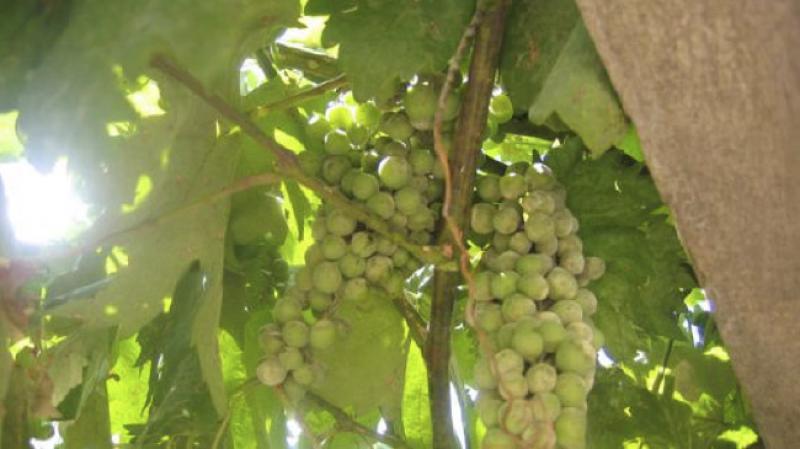 The healthy effects of Resveratrol, a compound found naturally in fruits such as grapes or some plants, has been discussed for some time. Previous work had shown that it can reduce Alzheimer-type pathology in cell cultures and in rodents, but had not found the molecular mechanisms that could prove it. Now, a work led from the Institute of Biomedical Research of Barcelona (IIBB), center of the CSIC and IDIBAPS, and published in the journal Molecular Neurobiology, has found these mechanisms.
In the experiment, performed with Alzheimer's transgenic mice, the scientists added resveratrol in the diet of two groups of rodents, a control group and another with Alzheimer's disease. In both cases, an improved response in learning was observed. In the case of those affected by Alzheimer's, there was an effect of protection against memory loss and against pathology.
But the most interesting and novel thing is that, in later analyzes, the scientists observed an increase in the proteolysis activity, that is, the degradation mechanisms of abnormal proteins such as β-amyloid and hyperphosphorylated tau. These proteins are the main cause of the death of neurons. The accumulation of β-amyloid and tau in amyloid plaques and neurofibrillary tangles, respectively, are the differential signals of Alzheimer's in brain tissue.
Thus, the team of researchers saw that rodents that had taken resveratrol in the diet presented at the cellular level an increase in the enzyme neprilysin, which degrades the β-amyloid protein and, in addition, an increase in the proteasome , a protein complex that breaks down abnormal proteins. They also observed in the cells of rodents a decrease in the enzyme β-secretase that initiates the formation of β-amyloid.
The results of these analyzes open the door to consider resveratrol, or the derived compounds that are being synthesized to improve bioavailability, as preventive or retarders of Alzheimer's disease. Still, resveratrol has reversed the Alzheimer's of mice, but the disease in humans is much more complex and severe and could hardly be curative, like many other experimental therapies that have not been active in reaching tests in patients. There is a long way to find an effective drug against Alzheimer's.