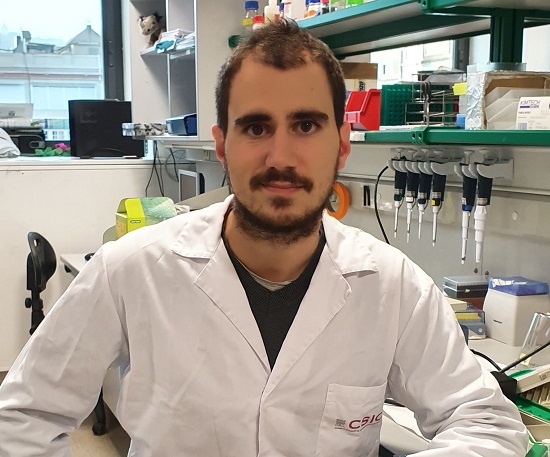 Lluis Miquel-Rio, pre-doctoral student of the Department of Neurochemistry and Neuropharmacology, IIBB-CSIC, IDIBAPS, directed by Analía Bortolozzi, IP CB / 07/09/0034 CIBERSAM, was selected last January 20 as one of the recipients of a travel award to attend the congress of the International Society for Serotonin Research (ISSR), Cancun, Mexico, to be held on July 26-29. The work was selected from a record number of highly competitive applications. This award recognizes the scientific content, novelty of the study and scientific excellence according to the professional stage.

The selected study entitled “Humanized mice overexpressing α-synuclein in serotonin neurons evoke a depressive phenotype. Reversal by conjugated antisense therapy”, arises from the need to develop preclinical models that can replicate the neuropathological, neurochemical and neuropsychiatric characteristics in the early stages of Parkinson's disease. Using a model of overexpression of the human α-synuclein protein in serotonergic neurons induced by adeno-associated viral vectors we have been able to generate a depressive phenotype with a progressive accumulation of α-synuclein in interconnected brain regions similar to those described in Parkinson's disease patients. Lluis will be awarded during the awards ceremony and will receive the distinguished speaker distinction as “Young researcher”.