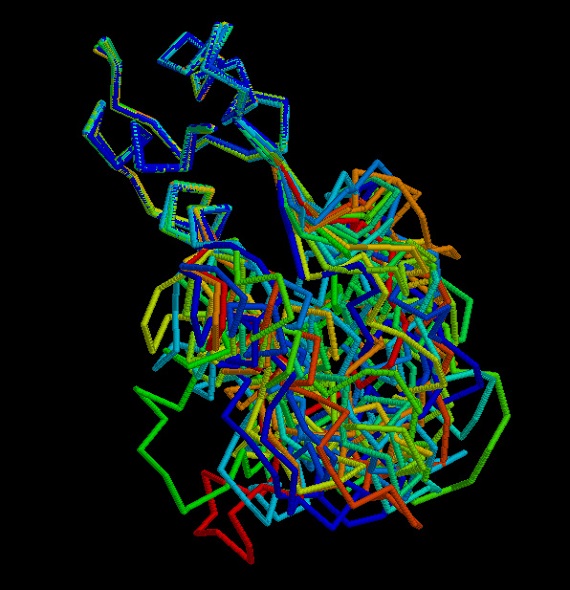 A recent study published in the journal Neuropharmacology shows that proinsulin, the precursor of the hormone insulin, may constitute a new pharmacological therapy to fight the cognitive loss associated with aging.

Proinsulin, which acts as a survival factor for neural cells during nervous system development, has been shown to be a promising neuroprotective agent, effective in mouse models of retinal neurodegeneration. Now, the possible protective role of proinsulin against cognitive damage has being studied.

In this work, co-directed by Dr. Enrique J. de la Rosa, from the Centro de Investigaciones Biológicas, Madrid, and Dr. Coral Sanfeliu, from the Instituto de Investigaciones Biomédicas,  Barcelona, mouse models of precocious aging and Alzheimer's disease (SAMP8) were treated intramuscularly with gene therapy vectors containing the proinsulin gene. These vectors, generated by the group led by Dr. Fatima Bosch at the Universidad Autónoma de Barcelona,  yield a sustained release of proinsulin into the bloodstream that reach the hippocampus of these mice, one of the strongly affected areas of the brain in Alzheimer's disease.

SAMP8 as well as their SAMR1 control mice, less prone to senescence, were treated with proinsulin when they were one month old. At six months of age, behavioral tests showed that cognitive abilities related to the development of tasks of spatial memory and recognition were similar in both, the SAMP8 and the SAMR1 mice. Further, proinsulin induced the activation of neuroprotective pathways in the hippocampus that led to the reduction of neuroinflammation-related markers.

Inflammation has been shown to play a central role in cognitive loss and age-related neurodegeneration, although no clinically effective treatments have been developed to date. The results of this study reveal a potential new pharmacological tool.