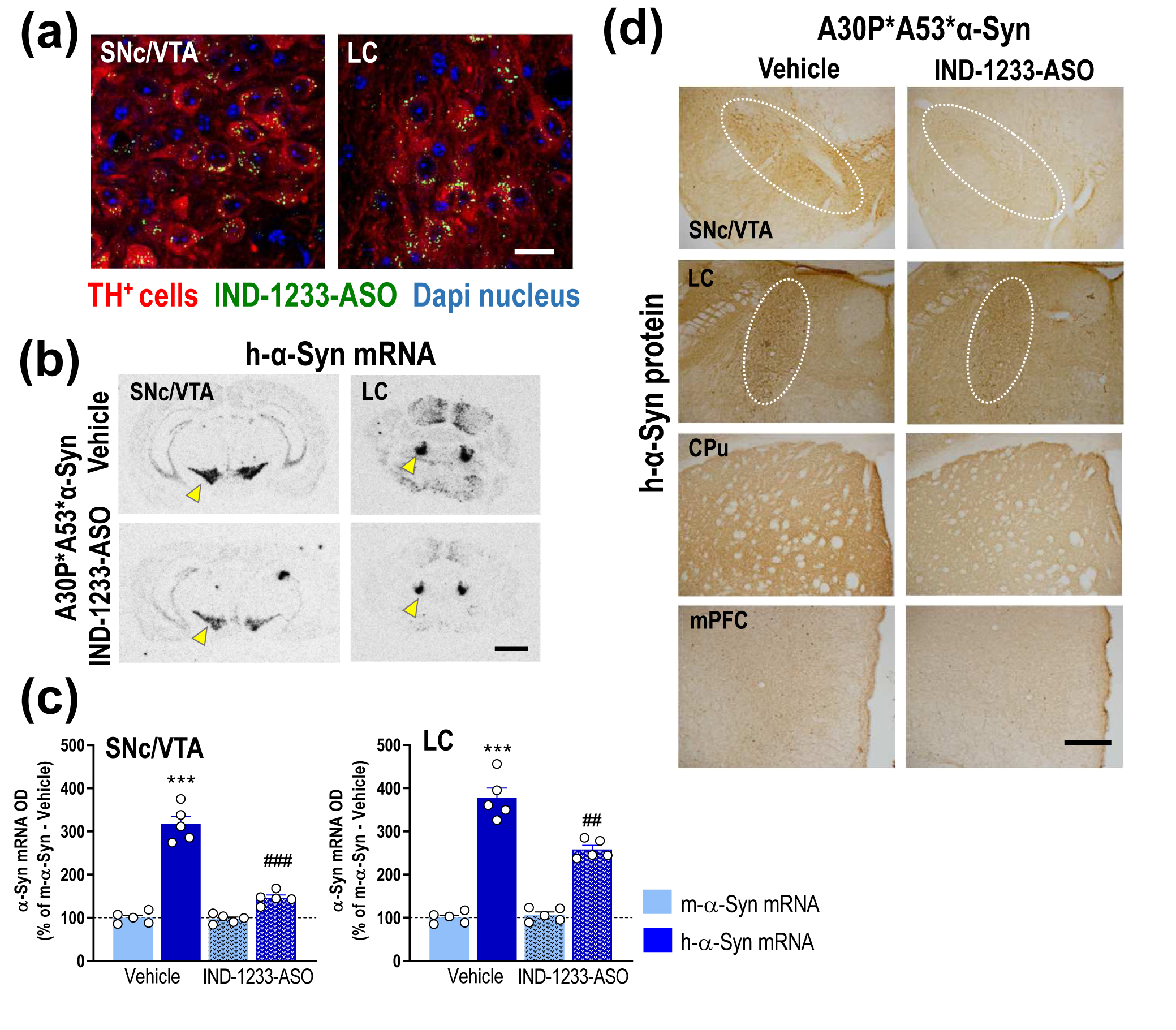 A study led by the Barcelona Biomedical Research Institute, CSIC and IDIBAPS has designed a conjugated oligonucleotide against mutant forms of alpha-synuclein as a potential treatment for Parkinson's disease. Preliminary results are promising and could open the way to new therapies that would delay the development of the disease.

The molecule, designed by the researchers themselves, reduces the synthesis and accumulation of alpha-synuclein protein, one of the hallmarks of Parkinson's disease. The study, led by Analia Bortolozzi, a CSIC scientist at the Institute of Biomedical Research of Barcelona (IIBB-CSIC) and at the Institut d'Investigacions Biomèdiques August Pi i Sunyer (IDIBAPS), is published in the International Journal of Molecular Sciences.

It has long been known that the overexpression of alpha-synuclein protein and its accumulation in some regions of the brain, forming so-called Lewy bodies, is an early sign of the cascade of mechanisms that ultimately leads to neurodegeneration. Consequently, many therapeutic strategies are aimed at reducing the synthesis of this protein.

The alpha-synuclein gene can present mutations, among which A53T, A30P, and E46K stand out for their penetrance among the population. These mutations represent a risk factor for early-onset Parkinson's, and patients with these mutations have a poorer prognosis. In particular, the A53T mutation increases the formation of toxic alpha-synuclein species that spread rapidly throughout the brain. Therefore, there is a great need to reduce the formation of these toxic species and prevent their spread to different brain cells.

Bortolozzi's team, in collaboration with scientists from the biotechnology company n-Life Therapeutics, have synthesized an oligonucleotide with RNA and DNA bases in its backbone combined with indatraline. The latter is a molecule that has a high affinity for dopaminergic and noradrenergic neurons, so that the oligonucleotide targets and acts specifically on these neuronal populations.

The team has evaluated the potential therapeutic of oligonucleotide strategy using a mouse model carrying both A53T and A30P alpha-synuclein mutations. After four weeks of administering the oligonucleotide, the results revealed a selective reduction of the alpha-synuclein synthesis in dopaminergic and noradrenergic neurons, leading to a decreased transport and accumulation of alpha-synuclein in cortical brain areas and the caudate-putamen. In parallel, the treatment alleviated the deficits in dopamine function that occur in the early stages of the disease.

The next steps in the research, explains Analia Bortolozzi, are to optimize the conjugated oligonucleotide so that it can be administered intranasally. It would be, the scientists explain, to give this molecule temporarily enough time to reduce the alpha-synuclein production, and might be attractive in conjugation with current immunotherapy trials targeting alpha-synuclein, or those with anti-aggregation agents.