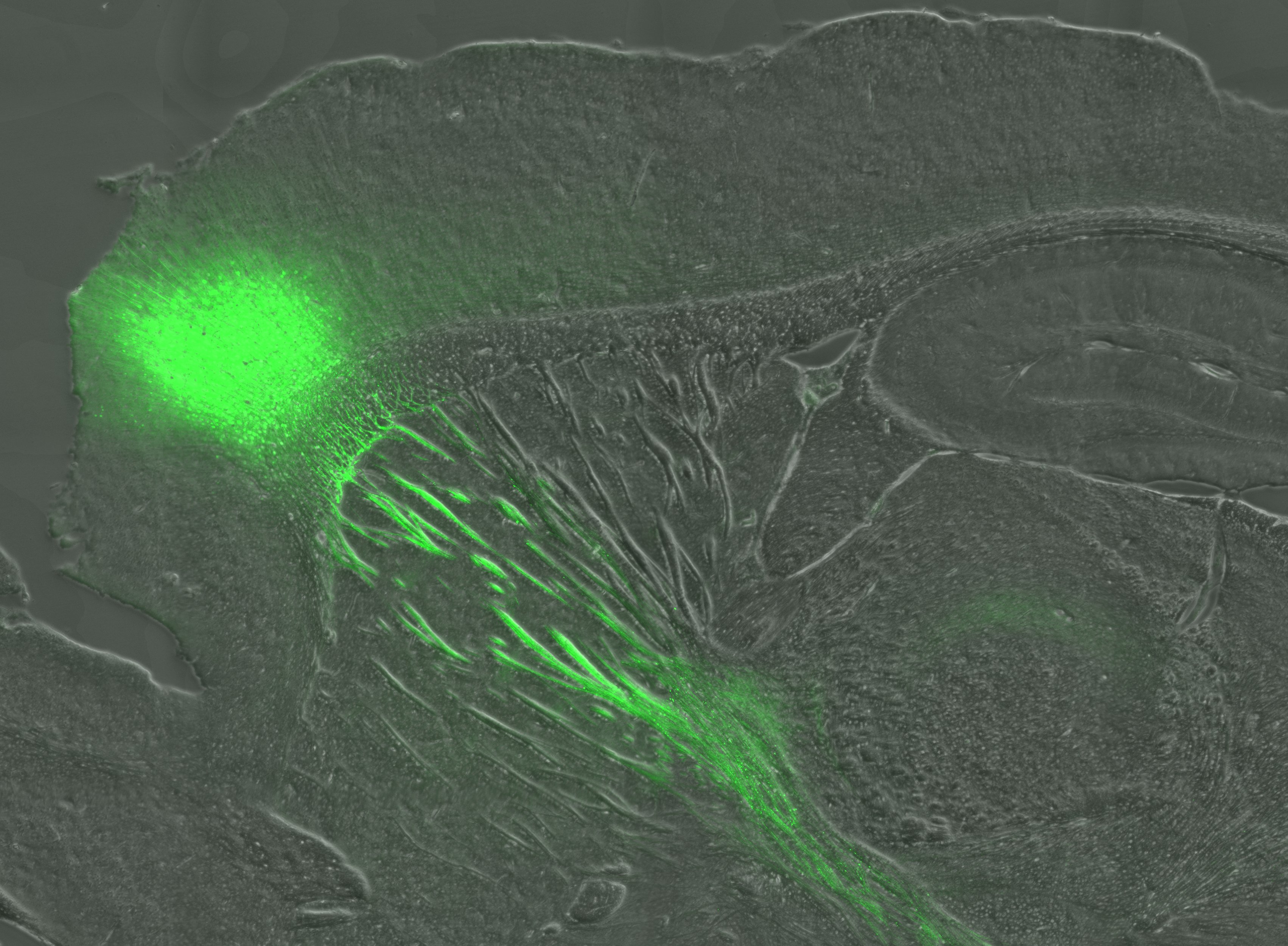 Huntington's disease is a hereditary neurodegenerative disorder of genetic origin characterized by movement disorders, cognitive deficits, and psychiatric disorders resulting from the degeneration of neurons in the striatum of the brain. A work led by researchers from the UB Institute of Neurosciences (UBNeuro) has described one of the neural circuits involved in the development of the disease: the connection of the secondary motor cortex (M2) in the dorsolateral striatum (DSL). The study, published in the journal eLife, also demonstrates in an animal model of the pathology that optogenetic stimulation of this circuit causes improvements in the typical symptoms of the disease. According to the researchers, these results open the door to using optogenetics in the future to treat Huntington's disease and other pathologies with similar characteristics, such as Parkinson's or Tourette's syndrome.

The research is led by Mercè Masana, a professor at the UB School of Medicine and a researcher at UBNeuro, IDIBAPS and the Center for Biomedical Research in Network for Neurodegenerative Diseases (CIBERNED). Professors and researchers from the same Faculty Jordi Alberch and Manuel José Rodríguez (UBNeuro-IDIBAPS), as well as David Bernal Casas, from the Faculty of Biology of the UB, also participate in the work. Likewise, Francesc Artigas and Leticia Campa from the Institute of Biomedical Research of Barcelona (IIBB-CSIC) and the Center for Biomedical Research in Mental Health Network (CIBERSAM) and experts from the IDIBAPS Magnetic Resonance Imaging Unit have also participated.

The objective of the research was to study the alterations in the brain circuits that produce the neurological symptoms in Huntington's disease. The researchers used the technology of the IDIBAPS Magnetic Resonance Imaging Unit to analyze functional alterations in the circuits that connect the cerebral cortex with the striated nucleus of the basal ganglia, which has an important role in the control of movement and behavior.  "The results of this first analysis in an animal model that reproduces the symptoms of the disease indicated to us that the functional connectivity of the cerebral cortex with the striatum is very altered", explains Mercè Masana.

"From here," continues the UB expert, "we investigated in detail a specific circuit that, according to previous studies, presents structural alterations in this disease: the connection of the secondary motor cortex in the dorsolateral striatum".

To study the function of this circuit, the researchers used optogenetics, a very powerful and innovative technique that combines genetic and optical methods to selectively stimulate brain circuits using light. Opsins, proteins from algae, develop photosensitive ion channels that, when they receive bursts of blue light, open and allow neurons to activate. Thus, by administering the opsin gene to the cerebral cortex, neuronal terminals in the striatum, which express the protein, can be selectively activated. “Using optogenetics, combined with electrophysiology and microdialysis, we first determined that the M2-DLS circuit in the Huntington's disease model poorly released glutamate, the main neurotransmitter involved in this circuit, and also that the neurons in the striatum were unresponsive to the activation of the circuit », explains the researcher.

The researchers then used optogenetics again to repeatedly stimulate the altered circuit. The results show that this stimulation improves the symptoms of Huntington's disease model mice. "After applying this technique, we found that the motor symptoms that characterize the pathology were reversed, a situation that was accompanied by a re-establishment of synaptic plasticity in the stimulated circuit", Mercè Masana highlights.

Although the application in humans would still be a long way off, the success of this experiment opens up a potential therapeutic strategy based on the restoration of neural circuits. «The new work shows that optogenetics could be a powerful tool for the treatment of diseases in which the activity of the brain circuits is altered and, in the future, could open up new therapeutic approaches similar to the deep brain stimulation that is used in Parkinson's », concludes the researcher.

Huntington's disease affects more than 4,000 people throughout Spain, and more than 15,000 are people at risk of having inherited the disease gene because they have a directly affected family member. There is currently no cure and only treatments have been developed aimed at alleviating the symptoms.