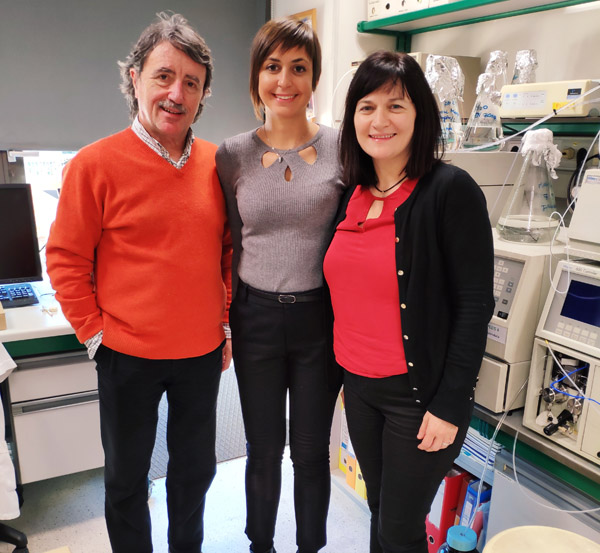 A study recently published in GLIA shows that it is possible to evoke a depressive phenotype in mice by inducing a neuronal hyperactivity in the ventral zone of the medial prefrontal cortex, analogous to the human ventral cingulate cortex, whose function is altered in patients with depression.

The study was led by Dr. Francesc Artigas and Dr. Analía Bortolozzi (IIBB-CSIC, IDIBAPS, Group CB07/09/0034 of the CIBER of Mental Health CIBERSAM). The first author of the article is María Neus Fullana, a pre-doctoral researcher at the Institute of Biomedical Research of Barcelona (CSIC).

Depression is the psychiatric pathology with the greatest socio-economic impact worldwide. The European Brain Council estimates its annual cost in Europe in more than 113,000 million euros. This high cost is due to the high incidence of depression, the long duration of depressive episodes -with a high impact on labor costs- and the low efficacy of antidepressant drugs. Understanding the neurobiological basis of depression and developing new therapeutic targets that exceed the efficacy of current drugs continues being one of the main challenges for modern neuropsychopharmacology.

Astroglial cells - astrocytes - are responsible for the glutamate uptake in the synapsis and therefore, play a key role in the control of the excitation/inhibition balance in the cerebral cortex, since they eliminate the excess of glutamate. The article describes how the reduction of the synthesis of astrocytic glutamate transporters (GLAST and GLT-1) through the RNA interference (RNAi) approach evokes a depressive phenotype in mice with the presence of anhedonia and a lower resilience to stress. These behavioral changes were parallel to the alterations of variables related to depressive symptomatology, including the decrease in serotonergic activity and BDNF expression in cortical and limbic areas. Markedly, neither the depressive phenotype nor the neurobiological changes occur when the reduction of astrocytic transporters expression is performed in the adjacent prelimbic cortex, less than 1 mm from the infralimbic cortex, which emphasizes the importance of the latter in emotional control. The depressive-like behavior of GLAST/GLT-1 knockdown mice is reversed with classic and fast acting antidepressant drugs such as citalopram and ketamine, respectively. Overall, the data indicate that a focal change in a very restricted area of ​​the prefrontal cortex results in a global change in brain activity, through reduced activity of the serotonergic neurons that project to the entire brain. This is because cortical neurons in the affected area directly innervate the mesencephalic raphe nuclei, which inhibits serotonergic activity.

The article is part of an extensive project by Drs. Artigas and Bortolozzi in the study of the pathophysiology of depression and the improvement of its treatment by RNAi strategies. The neurobiological alterations observed in the treated mice correlate with those found in depressive patients, being therefore one of the most representative animal models of depression described to date. This opens the way to its use for the search of new targets with antidepressant action.