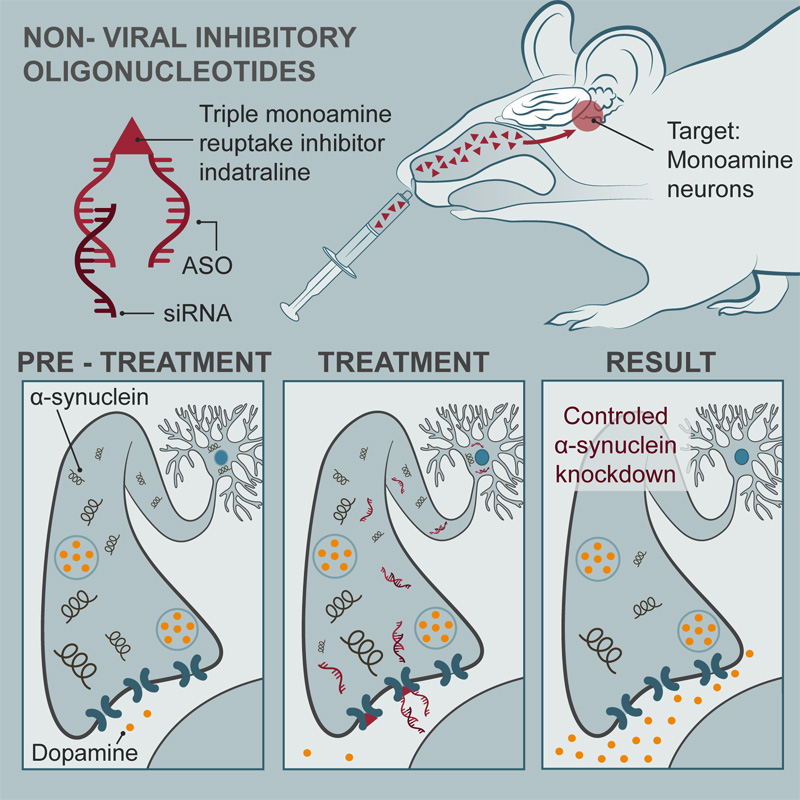 A study recently published in Therapy Molecular journal shows that the selective reduction of α-synuclein expression in monoaminergic neurons induced by inhibitory oligonucleotides increases dopaminergic and serotonergic function, both deficient in Parkinson's disease (PD). Antisense oligonucleotides inhibit transcription of the α-synuclein protein, the early and integral mediator of the pathological cascade that ultimately results in neurodegeneration in PD.

PD is the second most common neurodegenerative disorder after Alzheimer's disease and affects more than 1% of the population. It is characterized by the loss of dopaminergic neurons in the substance nigra compacta resulting in the presence of severe motor symptoms. However, the activity of other brain areas is also altered leaving a variety of non-motor symptoms including olfactory dysfunction, sleep disorders, depression, anxiety, hallucinations, fatigue, cognitive deficits and dementia. Current treatments are symptomatic; most control the activity of the motor circuits.

Inhibitory oligonucleotides are molecules formed by short sequences of DNA or RNA used in gene therapy as a strategy to silence or inhibit genes in vivo. In the present study, an ASO (antisense oligonucleotide) molecule targeted to α-synuclein was chemically modified to inhibit the α-synuclein expression specifically in mouse monoaminergic neurons after intranasal administration. Although research with this treatment is still in the preclinical stage, the researchers state that "the results show how new therapeutic strategies could delay the progression of PD symptoms without causing deleterious effects".